Dutch is the dog that changed our lives.  He was our first show dog and we learned so much together.  From conformation, to herding, to rally, and agility, Dutch has done it all.  He  is now happily retired and keeps the rest of our pack in line.

Cuba is our resident goofball.  A born entertainer, he loves to show, he loves attention, and he loves to bark!  A wonderful show dog, he still returns to the Veteran's ring every now and again to strut his stuff. 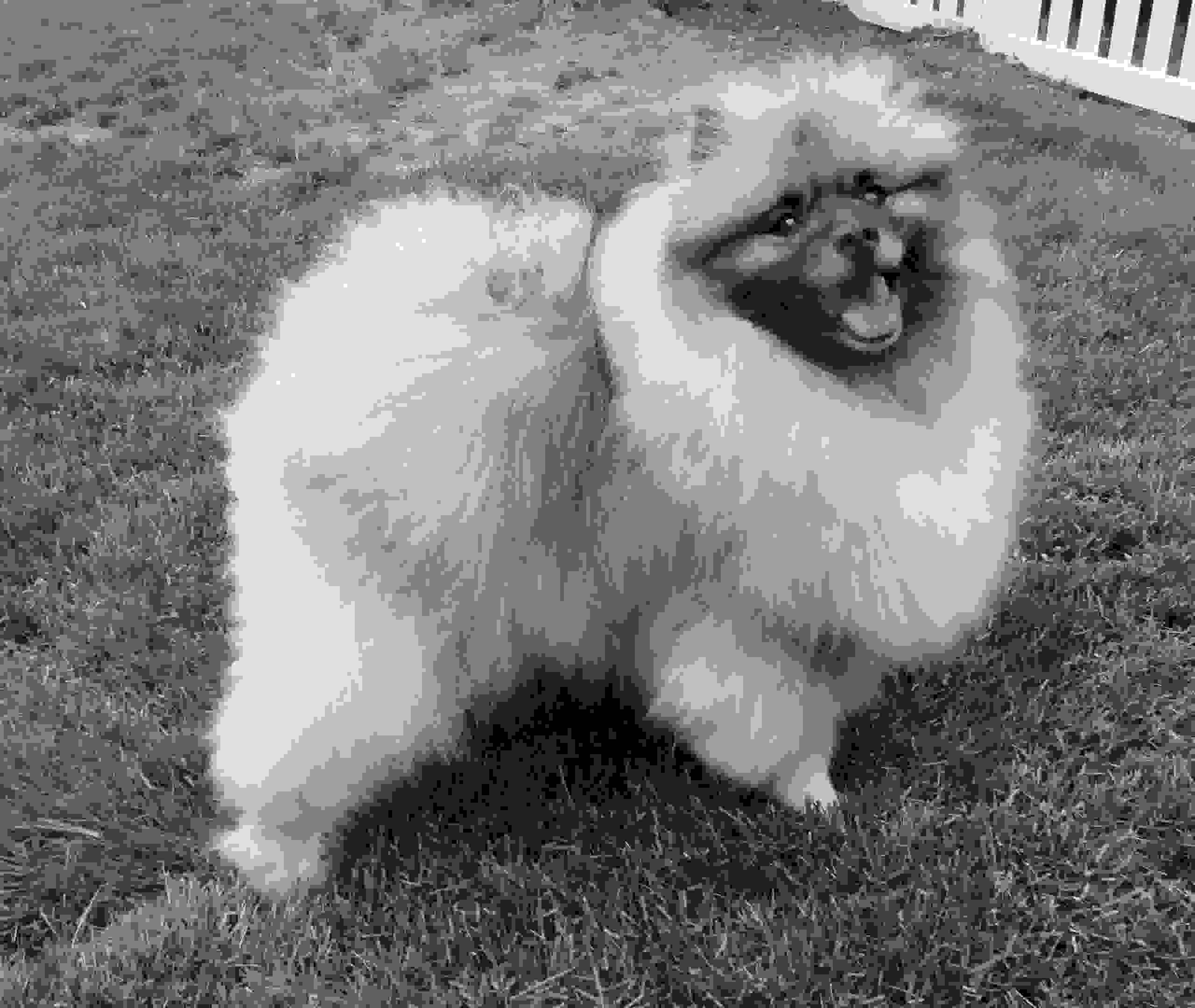 Bailey came to us later in life and we are so happy he’s joined our family.   One of our two “Schoolmaster” dogs,  he has retired from the show ring but is now helping to teach our grandkids to be junior handlers.  He knows his job which makes it much easier for the kids.

The beautiful “T” as we call her, is our younger Schoolmaster dog and is also helping to “train” our kids in showmanship. Smart, sweet, and one of the happiest dogs ever, T is always a huge hit on the local playground! Look for T in the Junior and Companion show rings soon!

The Ultimate Showman,  Zap could pretty much show himself in the ring.  He was loved by everyone he met, especially children.  We miss him very much.

The Keeshond is a very old breed, and one of the very few which throughout history have always been raised for family companions and watchdogs. The fact that they have not been bred to hunt, kill animals, attack or chase criminals undoubtedly accounts for their gentle, intelligent devotion to their owners as home-loving dogs with a special fondness for children, for which they are renowned.

The are descendants of the same prehistoric ancestry from which evolved among others, the much larger Samoyeds, Huskies, Norwegian Elkhounds and tiny Pomeranians, and apparently came into Europe with ancient voyagers from the North, a great many centuries ago.

In the 17th and 18th centuries, they were extensively used as watchdogs on river boats, farms, and barges and were known in Germany as "Wolfspitzen"; in France as "Chiens Loup"; in Italy as "Lupini"; and in Holland as "Keeshonden" - pronounced "kayz-hawnd-en," being the Dutch plural. Because of their great popularity and historically political prominence in Holland in the 18th Century, the breed has become known as the "Dutch" Keeshond.

These square, sturdy companions descend from the same ancient stock as other spitz types, such as Pomeranians and Samoyeds. Typically “spitzy,” Keeshonden have a foxy face, pointed ears, an abundant coat, and a plumed tail carried high over the back. A unique breed characteristic—and one of the most charming hallmarks in all dogdom—is the “spectacles.” These shadings and markings around the eyes give the impression that a Kees is wearing designer eyewear. The specs draw attention to an alert, intelligent expression.